Civitans in the United States

In 1917, a group of business and professional leaders meeting in Birmingham, Alabama, as a part of a national civic club. They were concerned about their community and world, but they thought that the club focused too much on personal gain. These men wanted to make a difference, and they believed that their actions could help build a better world.

Giving up the charter they had purchased, they set out to make a more suitable club. On March 17, 1917, these men formed an independent service organization. Eventually, they settled on the name Civitan, coined from the Latin word civitas, meaning, “citizenship.” “Builders of Good Citizenship” was a natural motto for the civic-minded group.

World War I began just one month after the club formed. Civitan continued on a purely local basis during these frantic war years, with many of the club’s early efforts supporting soldiers. Returning veterans were warmly welcomed back into the club after the war, and Civitan’s service activities broadened.

The dream of an international organization began with Dr. Courtney Shropshire, a local surgeon the club’s third president. He shared his vision with a few close friends in the Birmingham Club, and the proposal was given unanimous approval. The process to incorporate was begun. When the group met at the Southern Club on April 15, 1920, Civitan International was born. Officers elected included Dr. Courtney Shropshire, president; Rev. J. A. MacSporran, vice president; John Fry, treasurer; and John Mix, secretary. Charter Number One went to the Birmingham Civitan Club, later designated as “The Mother Club of Civitan International.”

Clubs were chartered across the country in the following months. By June of 1921, when the first international convention was held in Birmingham, there were 30 clubs and more than 300 delegates in attendance. At the second convention in Chattanooga, Tennessee, delegates from 115 clubs attended. By this time, there were more than 3,300 Civitans throughout the United States. Delegates to the 1925 convention bestowed the title “Founder of Civitan International” on Shropshire, the only person to ever serve two terms as president.

From the very beginning, Civitan encouraged its clubs to seek out and fulfill needs within their communities. Some truly outstanding projects were undertaken by these early Civitans. Knoxville, Tenessee, Civitans raised $100,000 to build a three-story hospital for indigent tuberculosis patients in 1923. When the local school committee was deadlocked, Rogersville, Alabama, Civitans secured $40,000 in funding to build to build a new high school in 1929. Other Civitans paid for operations so that crippled children could walk, built parks, served as big brothers to troubled boys, and registered voters. Their dreams were big, their sights high, and their accomplishments great.

Aid to those less fortunate was a significant factor in early projects. Concern for developmentally disabled children was a natural extension of the early efforts to assist crippled children. By the 1950s, Civitan work in this area had made giant strides. A significant milestone was reached with the decision to adopt the developmentally disabled as a major service focus.

One of Civitan’s signature fundraisers began in 1951. Civitan Earl Carver stopped by a small bakery in Claxton, Georgia. He purchased a loaf of the bakery’s fruit cake. It was so good that he purchased others to take home to Florida. He suggested that his club sell the cake to raise money for projects. His club liked the idea – and the sample cakes! Since then, Civitan and Claxton Fruit Cake have become synonymous during the holiday season in the United States and Canada.

In 1960, the Civitan International Foundation was established. When Courtney Shropshire died in 1965, a scholarship fund for deserving college students was established in his memory. Since 1965, hundreds of students have benefited from this program.

An informal ladies’ auxiliary had been a part of Civitan since the late 1920s, but women had never been true members of Civitan. Membership was formally opened to women in 1974, making Civitan the first major, all-male service club to accept women. Soon Civitans were building all-female clubs, and most established clubs began accepting both men and women.Civitan’s other well-known fundraiser began in 1976. Louisville, Kentucky, Civitans approached the executive board about a project to place candy boxes in restaurants. Patrons would deposit loose change in return for a mint. Since then, the Candy and Coin Box Project have raised over $50 million for Civitan’s charitable projects.

Civitan’s flagship project is the UAB Civitan International Research Center. Dedicated in 1992, the Research Center is located at the University of Alabama at Birmingham. It is the first institution of its kind in the United States to focus solely on researching developmental disabilities. Civitans are once again reaching out to those in need in new ways—this time not only by providing treatment but also by searching for ways to prevent mental and developmental disabilities. 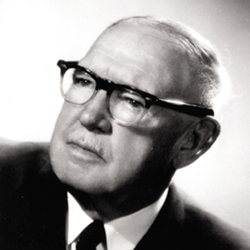